A Christmas Carol by Charles Dickens is a novel that was first published in 1843. The story unfolds in London and it is about an old man Scrooge who does not like Christmas.

Scrooge hates everything which belongs to Christmas. He shouts at the people who want to wish him merry Christmas and he wants to be alone. One day during Christmas time, he falls asleep and he dreams about Christmas spirits. They show him his past, memories from his childhood and so many things which Scrooge forgets. When he wakes up, he starts to like Christmas again.

I really enjoyed the theatre show, actors were brilliant and I loved Christmas vibes which this show gave me. I would like to recommend to all people who read this review.

The story is about Scrooge. Scrooge is an older man who is focus only on money. He never gives money to anybody. But one day he meets ghosts. They want him to be a better person. They take him to the past. They show him his childhood and one poor family. After that he decides that he must change. So, he isn’t mean, and he hasn’t got problems to help anybody.

I think it was a good theatre play because we could improve our English skills. I really liked those actors sometimes sang, and some scenes were funny. I only had a problem because sometimes actors spoke quietly, so I didn’t hear them. However, if I have a change, I’ll go to see it again.

This theatre play is based on a book written by Charles Dickens in 1843. The main characters are Scrooge (Reg Edwards), nephew Fred (Sam Wright), Belle (Aimee Hislop), Cratchit (Peter Brennan) and Ghosts (Emily Rose Laurence). The play is directed by Paul Stebbings and Christian Flint. It was played in November 1th 2022 in Tábor theatre. The play was divided into two parts and as a complex it had around 1 hour and 50 minutes.

I kindly enjoyed the play because some parts were really fun. The only problem was that the music was sometimes too loud so I couldn’t hear the actors. 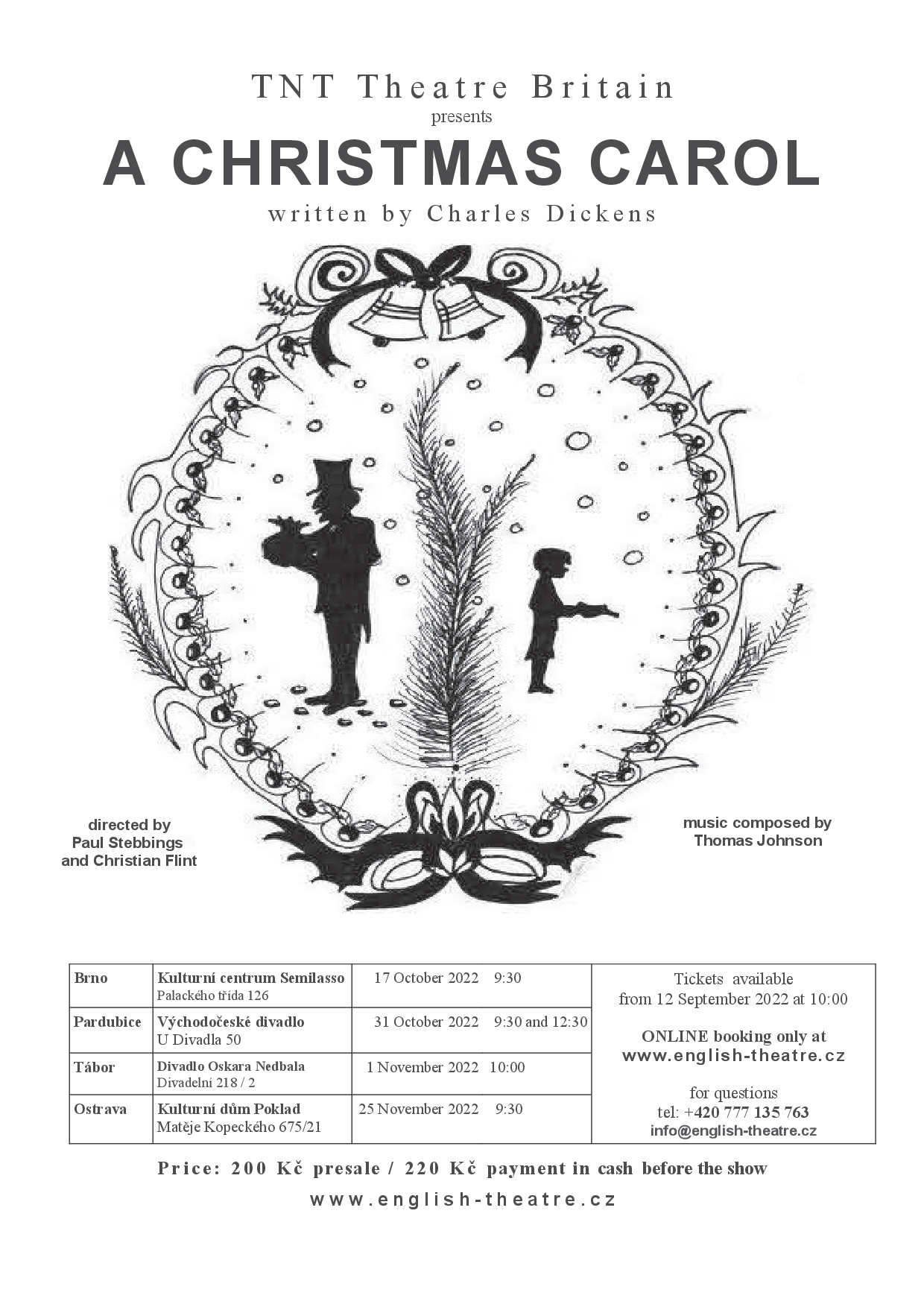